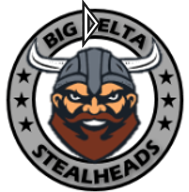 An observation on Training (and some questions)

Warning:  Another book of a post written by Paul T.  Please proceed with caution.

There are many factors involved in training such as the intensity level, offensive/defensive/general, and what tactics you play - but I think the most important factor is the Player Role.  I think this because I have tracked my players progress for quite a few seasons, both new and old worlds.

I could list many examples, but to save everyone some time, I'll give a specific one.  My 19 year old Hemminki Jokinen.  Below is a table that shows his development per attribute for the minors (Cage S1) and his first season as a pro (Cage S2).

Now most of the rates seem to be in line with my previous research that shows that players "typically" improve at a rate of 50% in their first year as a pro as compared to the minors (again, there were exceptions in my research, which are likely due to the other factors mentioned above + the hidden potential and ratings caps, etc.).

This poses two questions for the Admins.

First, in terms of training, when does the game take into account all the factors for training??  For example, if a player plays a game as a Two Way, but then his role is changed right after the game to Playmaker - does the player train as a Two Way or Playmaker?  I would assume it is whatever the player role is at the time the training runs, but I also know that ice time plays a factor (taking faceoffs in game improves faceoffs), so maybe the opposite is true... would be nice to confirm!

Second, are there plans to have more advanced training in the future, such as training for a specific role eventhough the player currently fills another role?  Obviously if a player is 99 Shot and 85 Passing, you want to play them as a Sniper, but would prefer the player trained Passing.

Back to the first point, if the answer is right before the training occurs, more active managers could play certain roles and train as others, but obviously this would have to be toggled daily and be quite time consuming.  Having the second point as an option would eliminate the need for that.

Tyrod Gibson and Deadwing reacted to this

4 answers to this question